Find out which duvet cover best suits your sleep style and see our picks for the best duvet cover of 2021.

One of the best mattress toppers for you can purchase for your bed is a nice, comfortable duvet to help keep you warm and cozy in the winter or comfortably cool during the summer months. Duvets are also referred to as comforters sometimes, although they are slightly different. Most duvets are sold much like a pillow—requiring a duvet cover to keep them protected and to add a pop of color or style to a room’s décor. There are numerous designs, colors, and styles of duvets and covers available on the market today. Learn more about what to look for in a duvet, as well as some of the best duvet cover options on the market today.

Our Picks for the Best Duvet Covers

Keep in mind, we did not include duvet inserts in this roundup. Duvet inserts are widely available online and in stores at places like Target, Amazon, and Bed, Bath, and Beyond. Additionally, many comforters can double as duvet inserts. Check out our top picks here. 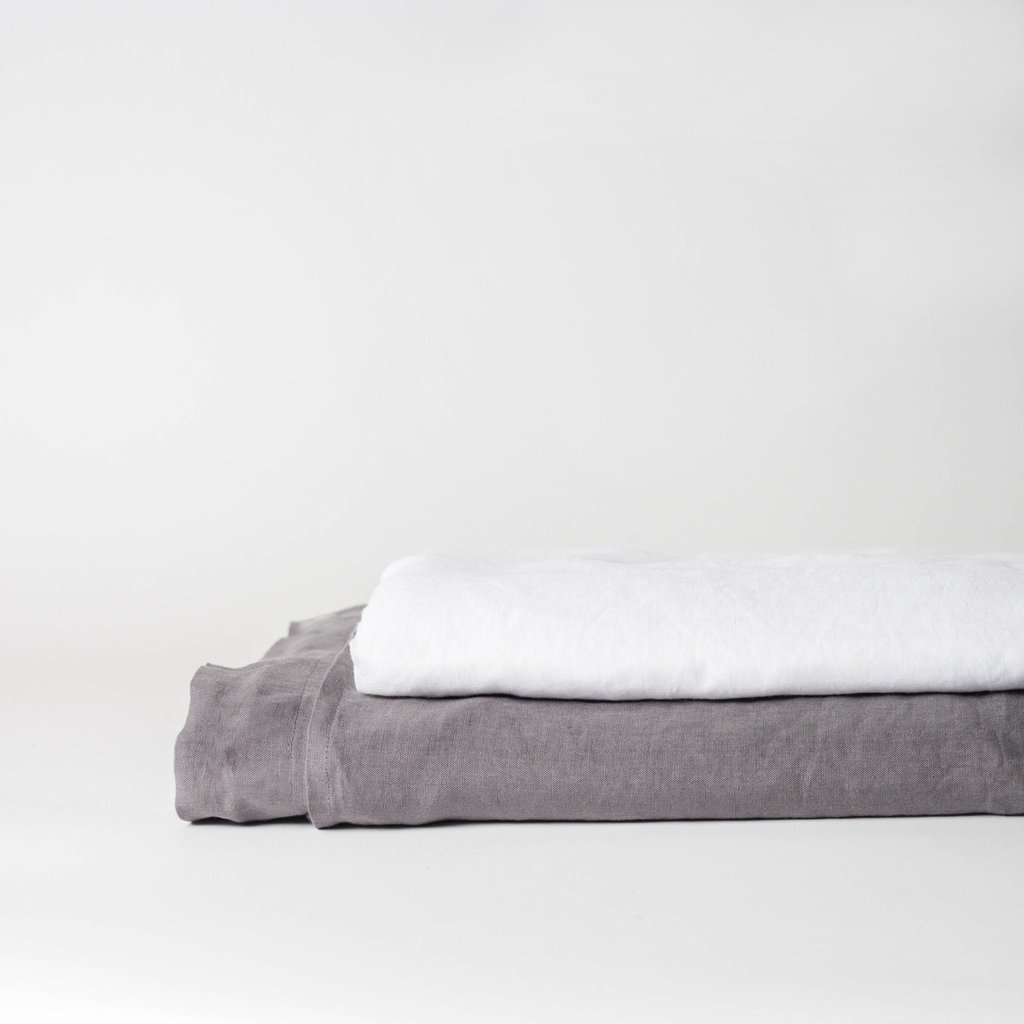 The Primary Goods duvet is our top pick, offering both luxury and practicality to it’s shoppers. For those who like to sleep with a top sheet, but find that it’s constantly ending up in a wad at the bottom of the bed—Primary has solved this dilemma for you. Their design includes a top sheet that snaps to the inside of the duvet cover. This clever invention not only keeps battling over the top sheet at bay, but also makes the bed making process super easy. The addition of the top sheet also reduces the frequency you’ll need to wash your duvet, as your body will primarily be in contact with the top sheet while you sleep.

All bedding from Primary is made from 100% stone-washed French linen, which becomes softer with each wash. The Primary Goods duvet cover comes in four different colors and can be purchased for $319.00 for a queen (fitted sheet, shams, and duvet insert not included). 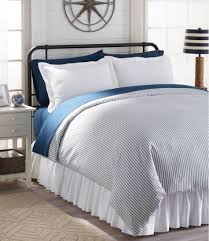 The L.L. Bean Ultrasoft Flannel duvet cover offers luxurious warmth and cotton as a result of its  soft cotton flannel material. Made from long-staple cotton flannel, this is one of the warmest duvet covers on the market. It is also incredibly affordable and extremely well made. It offers corner ties to help keep the duvet in place and is available in eight colors and five prints. The queen comforter duvet cover can be purchased from L.L. Bean for $65. Insert not included. 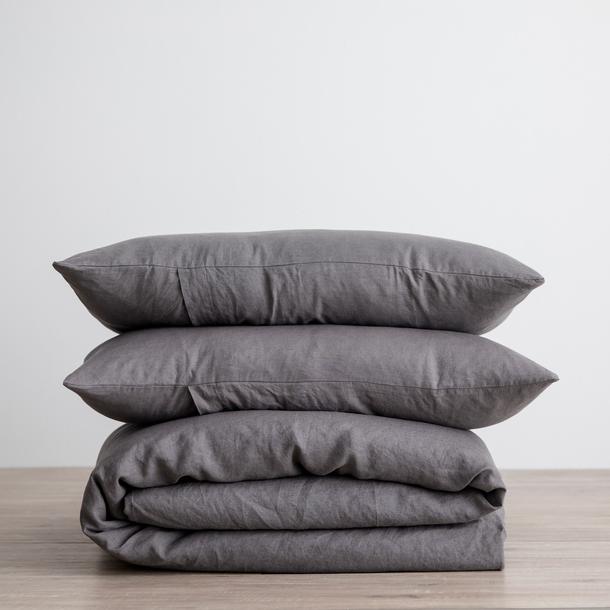 The Cultiver Linen duvet cover is breathable, soft, and durable. If you sleep hot, linen is the best material to have touching your skin throughout the night as it is lightweight and breathable. Yet, it will still keep you warm in the colder winter months. This duvet cover is available in 17 colors and prints from Cultiver starting at $275 for a queen size cover. (P.S. we also featured Cultiver in our round-up of the best linen sheets online. Check it out here.) 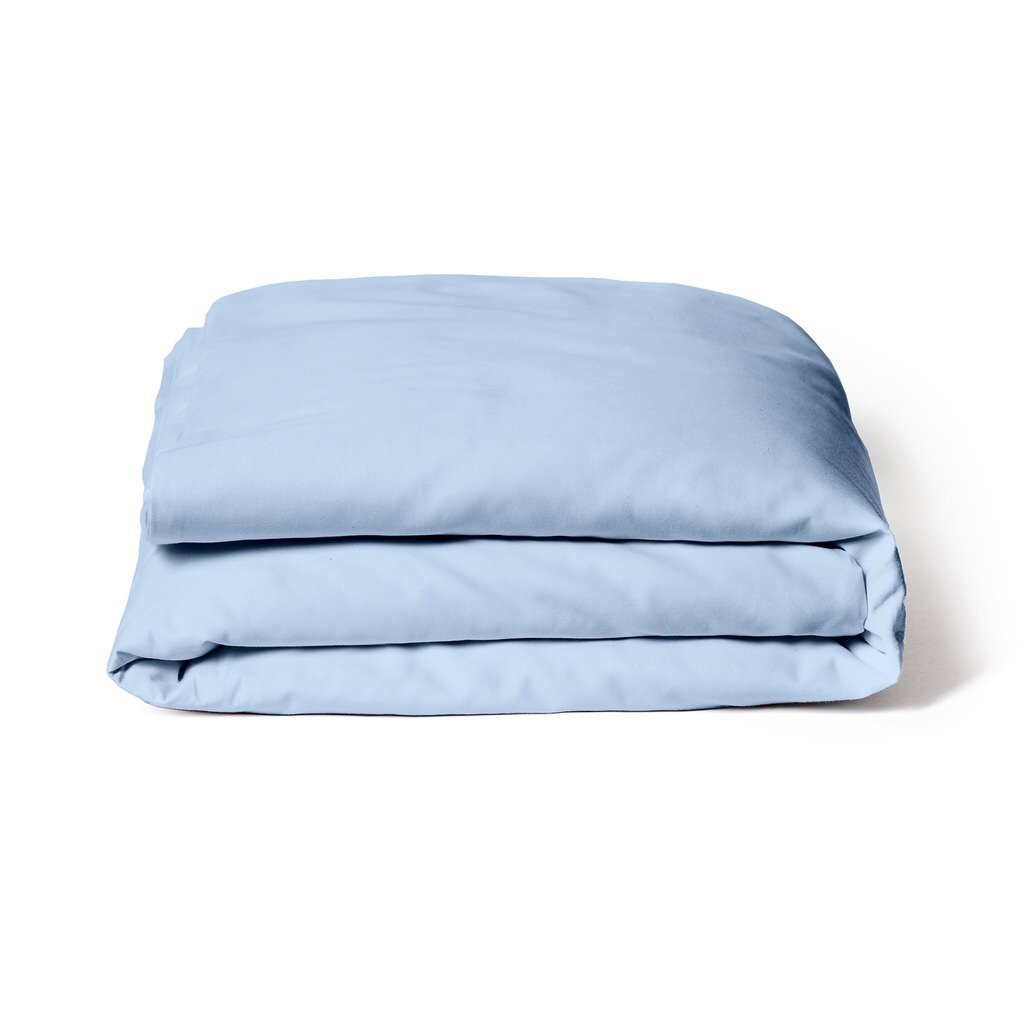 This duvet cover is super lightweight and made in the United States from percale. This is a light, breathable, and sturdy material. It offers corner ties and buttons to keep the duvet securely in place and has the feel of crisp hotel bedding. This cover is softer than other percale covers on the market and is available in three colors. It can be purchased from Authenticity 50 starting at $189 for a queen cover or $259 for a queen set (includes fitted sheet and two pillowcases). 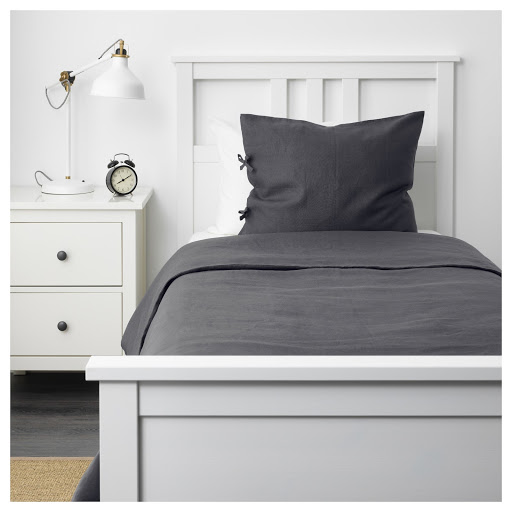 What is a Duvet?

A duvet is a type of bedding that is essentially a soft bag filled with down, feathers, silk, wool, cotton, or synthetic materials. A duvet insert is protected by a duvet cover, while a comforter is made as one piece. A comforter doesn’t need a cover and is machine washable, in most  cases, allowing you to place it in the wash with the rest of your bedding.

Duvets were originally developed Europe and were created as a top layer thermal insulator for beds. While comforters are typically used over a top flat sheet with the option of a blanket, duvets were originally used without top sheets or blankets, although some people prefer to use a top sheet with their duvet. In fact, one company we love, Primary Goods, invented a duvet cover that comes with a top sheet that snaps on so you never have to battle with that pesky top sheet during the night. See our review of the Primary Goods duvet here.

How to Put on a Duvet Cover

If you are a visual learner, we’ve got you covered. Click here to see our video tutorial of how to put a duvet cover on.

Putting on a duvet cover is a bit more complicated than putting a pillow inside its case. Duvets are much larger, longer, and flatter than pillows which can make the task seem a bit tricky—much like trying to fold fitted bed sheets. (Ever wondered how to do that? We’ve got you covered. Check out our tutorial here.)

The larger the duvet is, the more difficult it can be to put in its cover. The good news is that knowing how to put a duvet cover on can save a great deal of time and struggle. We’ve laid out a 7-step process that makes putting a duvet cover on as easy as possible. If you follow these steps you should be a pro at putting on your duvet cover in no time. For duvets that are king-size, you may find it easier to use the cake roll method for putting on your duvet cover, which we’ve broken down to an 8-step process.

While it may seem like a daunting task to continually take off a duvet cover to wash it and put it back on again, there are many benefits having a duvet cover will bring, including:

What to Consider When Choosing the Best Duvet

Choosing the best duvet is a decision that shouldn’t be taken lightly. It is going to be the primary covering on your bed when you sleep, so you should choose to purchase a duvet model that combines a variety of the following qualities that are best suited for your unique needs and preferences.

When you set out on your search to choose a duvet and cover best suited for you, price is certainly something to take into account. You don’t want to simply go for the cheapest duvet on the market, but you definitely don’t want to pick an option that is going to break the bank either. Therefore, you’ll have to put a little research into finding a duvet of quality that fits into a reasonable budget while simultaneously checking off all other qualities you want in a duvet (style, material, maintenance, etc.). If you are on a tight budget while shopping for a duvet, it may make more sense to opt for a more affordable duvet insert, while purchasing a duvet cover of high quality, such as a high thread count Egyptian cotton duvet cover.

When it comes to deciding which duvet insert to buy, you will want to consider what’s needed to care for your duvet. How you care for the duvet insert versus the duvet cover will differ.

Your cover will need to be washed frequently. Depending on the material of the duvet cover, whether it be linen, silk, cotton, or something else, will determine the level of care required and if it needs to be professionally dry cleaned. You’ll also need to consider the maintenance required for your duvet insert, as well. Although the insert won’t need to be washed as frequently, in the instance an accident occurs, you will have to know how to clean it periodically. Be sure to check the tag on your chosen duvet insert for care instructions, as many duvets are dry-clean only.

We mention “care and maintenance” as I factor to consider when buying because the level of involvement required may impact you purchase decision. The lifestyle you lead will be the primary driver of this decision. If you want to be able to throw your duvet in the washing machine, it may benefit you to buy one with a machine washable fill. Just note that since duvets are so large, you will likely have to use a larger washer to care for it than is standard.

The climate where you live and whether or not your body runs hot or cold during the night will influence the degree of warmth you seek from a duvet. This should influence the type of material you choose to have your duvet filled with, as well as the fill power. Fill power refers to the level of fluffiness and warmth your duvet will provide. The higher the fill power, the more insulating the duvet will be.

If you sleep hot or in a warm climate:

If you sleep cold or keep your thermostat set to 65 degrees Fahrenheit:

For those who live in cold climates that require substantial warmth from a duvet, a fill power of 750 or above is going to be the best choice.

Materials that suit any climate or type of sleeper:

Wool and down duvets are both great for winter and summer months as they keep you warm in the winter and cool in the summer.

For those who are looking for a hypoallergenic duvet, fillers like cotton or synthetic materials will be less likely to trigger allergies. Another great option is a down alternative comforter.

Other considerations to make when it comes to style include the material of the duvet shell. Shells tend to be made of cotton, polyester, or a cotton/poly blend. Cotton is the softest, most breathable material. If you choose cotton, you will also want to consider the thread count of the cotton. 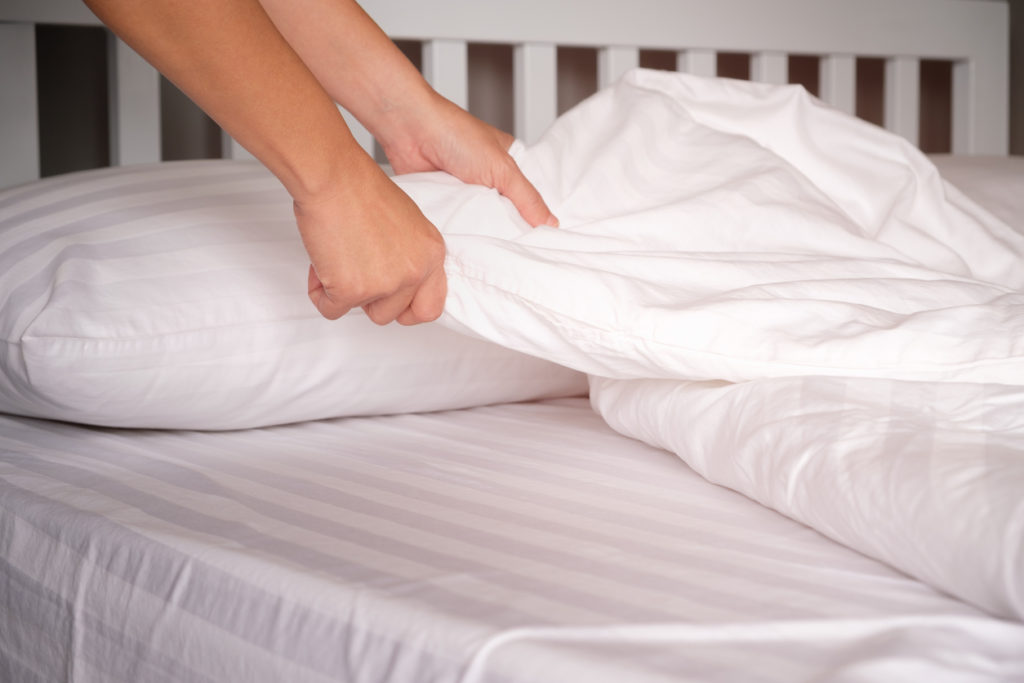 If you've hit the question of buying a duvet vs comforter for your bed, we can help you learn the difference and decide which will be best for you. Plus, check out our top recommendations for each style. 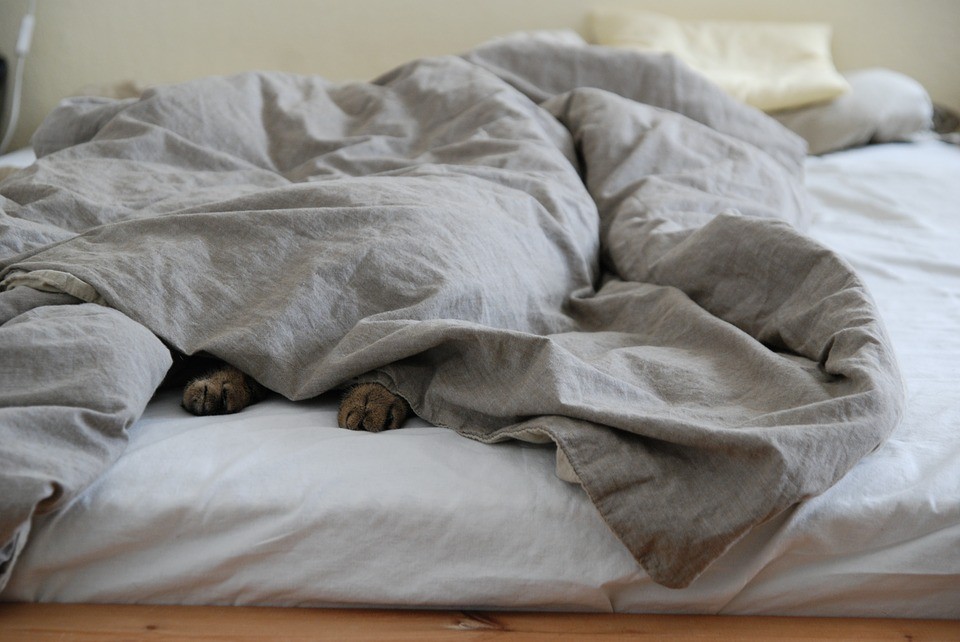 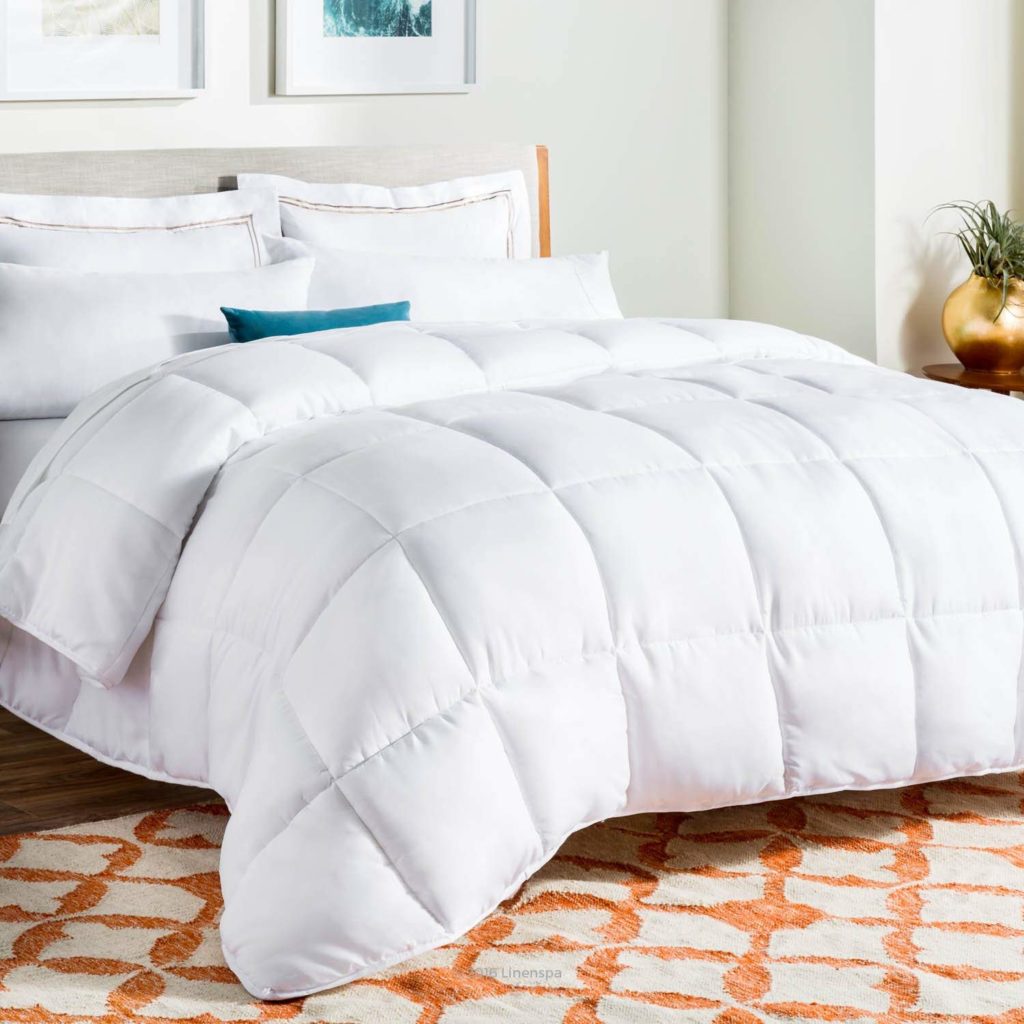 Find out which comforter best suits your sleep style and see our picks for the best comforters of 2021.