What is Periodic Limb Movement Disorder?

Do you experience restless sleep at night? While it could just be a side effect of pent up energy or digestive discomfort from late-night snacking, your restless nighttime movements could have a more serious cause.

Periodic Limb Movement Disorder (PLMD) is a sleep disorder that causes people to involuntarily move their legs and arms throughout the night. While not medically serious, this disorder can be a cause for concern and can lead to many other sleep problems if left untreated.

Keep reading to learn all about what PLMD is, what causes it, how you can identify, and what you can do to treat this sleep disorder. 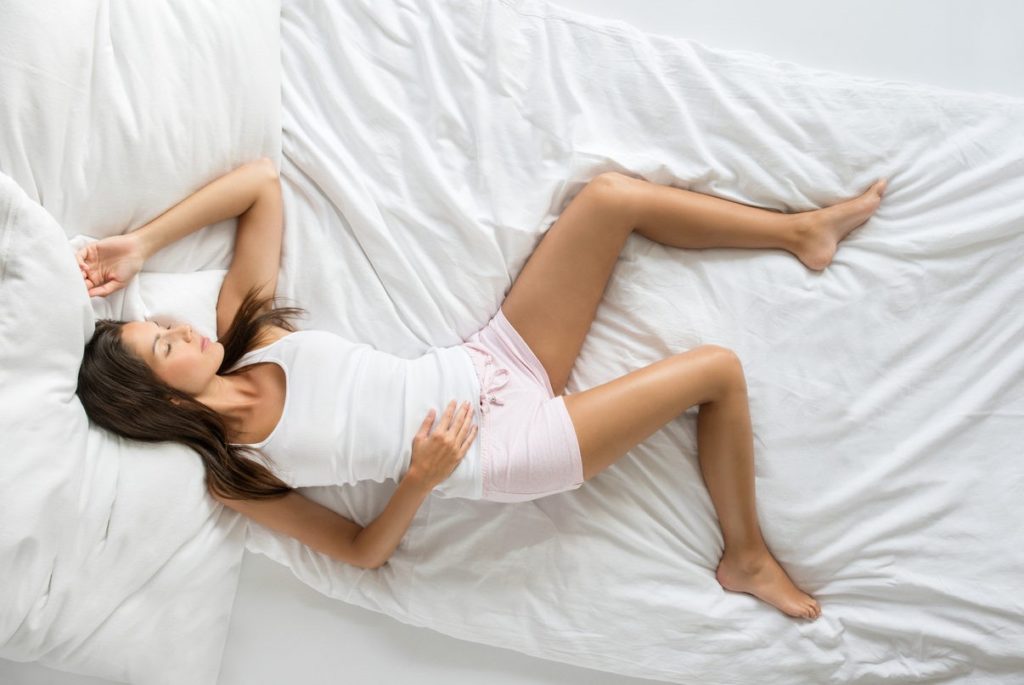 What is Periodic Limb Movement Disorder?

Periodic limb movement disorder (PLMD), also known as sleep myoclonus or nocturnal myoclonus, is a sleep disorder in which someone moves their legs involuntarily while sleeping, disrupting their normal sleep patterns. In a handful of people, their arms may move as well.

These periodic leg movements usually occur at intervals 20 to 40 seconds apart, most often during the first half of the night, and only during non-REM sleep. (Movements during REM sleep are overridden by the muscle atonia, or sleep paralysis, that accompanies that stage of sleep.)

These uncontrolled movements are associated with partial arousals, or micro-awakenings, although the sleeper is usually unaware of the limb movements or the frequent disruptions in their sleep. Not only do these involuntary movements disrupt the sleep of the person suffering from PLMD, they also — perhaps to an even greater extent — interfere with the sleep of their bed partner as well.

Leg movements during episodes of PLMD can clearly be seen on a sleep study called a polysomnography.

The exact cause of PLMD is not known, but it may be related to a variety of medical conditions or substances, such as:

PLMD affects an estimated 4% of adults, but is more common in the elderly, especially women, with up to 11% experiencing symptoms of the disorder, according to a study published in the Journal of Psychosomatic Research.

People who suffer from another sleep related movement disorder, called restless leg syndrome (RLS), are at greater risk of having PLMD. However, people with PLMD are not more likely to have RLS.

PLMD movements actually occur during sleep and are completely involuntary, with the individual being unaware of the movement, though they likely will experience sleep disturbance.

RLS symptoms, on the other hand, are experienced when the individual is awake and aware. Symptoms of RLS include an unpleasant sensation that causes an irresistible urge to move the legs. RLS typically occurs in the evening hours and is more often severe at night when you’re trying to sleep. The sensations are usually described as an itching, crawling, pulling, aching, throbbing, or pins and needles sensation.

The most common symptoms first identified by people with PLMD are typically not leg movements at all, as they tend to occur when the person is asleep and unaware. The first signs are usually poor sleep and daytime sleepiness. In fact, people with PLMD may not even know about their leg movements unless their bed partner tells them or the symptom is identified during a sleep study.

What are the Leg Movements Associated with PLMD like?

The movements are varied, involve either one or both legs, and can be seen in any of the following ways:

The Effects of PLMD

PLMD is not considered medically serious, but it is cause for concern. If left untreated, this disorder can cause sleep problems that can lead to significant disability. Not only can you experience bouts of exhaustion and daytime fatigue, some research suggests that untreated PLMD can contribute to cardiovascular and neurocognitive problems. PLMD may also be an indicator of a serious underlying medical condition such as kidney disease, diabetes, or anemia.

How is PLMD Diagnosed?

You probably don’t know you suffer from periodic limb movements of sleep unless your bed partner tells you or your symptoms of excessive daytime sleepiness, insomnia, or fatigue are extreme enough to send you to your doctor or a sleep specialist. You cannot be diagnosed with PLMD unless you undergo a sleep study called a polysomnogram at a sleep center, where your leg movements can be documented. Your doctor will look for leg movements that occur more than 15 times in an hour.

Body movements that occur during sleep are also seen in other sleep behavior disorders. As a result, diagnoses such as RLS, sleep-related breathing disorder, narcolepsy, and sleep-related eating disorder, must first be ruled out before a diagnosis of PLMD is given.

How to Treat PLMD

Unfortunately, there is no cure for PLMD. However, there are several medications that are used to treat the sleep disorder, including those used in the treatment of restless legs syndrome, such as benzodiazepines, dopaminergic agents, anticonvulsants, and GABA agonists.

Since PLMD is closely related to Parkinson’s disease, many of the first-line treatments to reduce or eliminate symptoms include dopamine agonists such as Pramipexole, Ropinirole, Pergolide.

You may also want to reduce your intake of caffeine, especially at night before bedtime, as they may contribute to your PLMD symptoms.

PLMD isn’t considered medically serious, but it can cause sleep problems that can lead to significant disability, such as excessive daytime sleepiness. Some studies suggest that, left untreated, PLMD may increase your risk of heart and cognitive problems. Others say PLMD may be a sign of a more serious medical condition, such as kidney disease, diabetes, or anemia.

How do I know if I have Periodic Limb Movement Disorder?

You probably don’t know you have PLMD unless your bed partner tells you that you kick a lot at night because the leg movements occur while you’re sleeping and unaware. People generally go to their doctors complaining of fatigue or other conditions. You cannot be diagnosed without a study performed at a sleep laboratory, which records your leg movements and rules out other conditions.

Yes. Periodic Limb Movement Disorder occurs when you are asleep and unaware your legs are moving. Restless Leg Syndrome is an unpleasant sensation in the legs that makes you want to move them. RLS, however, is a risk factor for PLMD.

Does PLMD lead to Parkinson’s?

There is no evidence that PLMD is a risk factor for Parkinson’s disease. However, people with Parkinson’s are at greater risk of developing PLMD.

Periodic limb movement disorder is a sleep-disrupting condition that affects about 4% of adults, many of whom are unaware they thrash about at night unless they are told by their bed partner. Instead, they wake in the morning feeling groggy and suffer from excessive sleepiness during the day. If you suffer from signs of PLMD, talk with your doctor or go directly to a sleep specialist.

Untreated PLMD can lead to significant disability. Treating your condition can ensure you get a good night’s sleep and are well rested to tackle your day ahead.