The History of Pillows: From Ancient Cultures to Today

Pillows have not always been what we’re accustomed to today. The history of pillows weaves an interesting tale of diverse uses and materials that might surprise you.

Pillows, those soft, cuddly, and supportive head structures that, to most of us, appear to be a necessity. Even people backpacking for weeks at a time tend to pack pillow for long nights on nature’s mattress. Yet, not so long ago, humans didn’t even use pillows.

Look at chimpanzees, our closest living relatives. They sure don’t use pillows at night! This begs the question: where did the idea of pillows come from? And why did we start to use them? 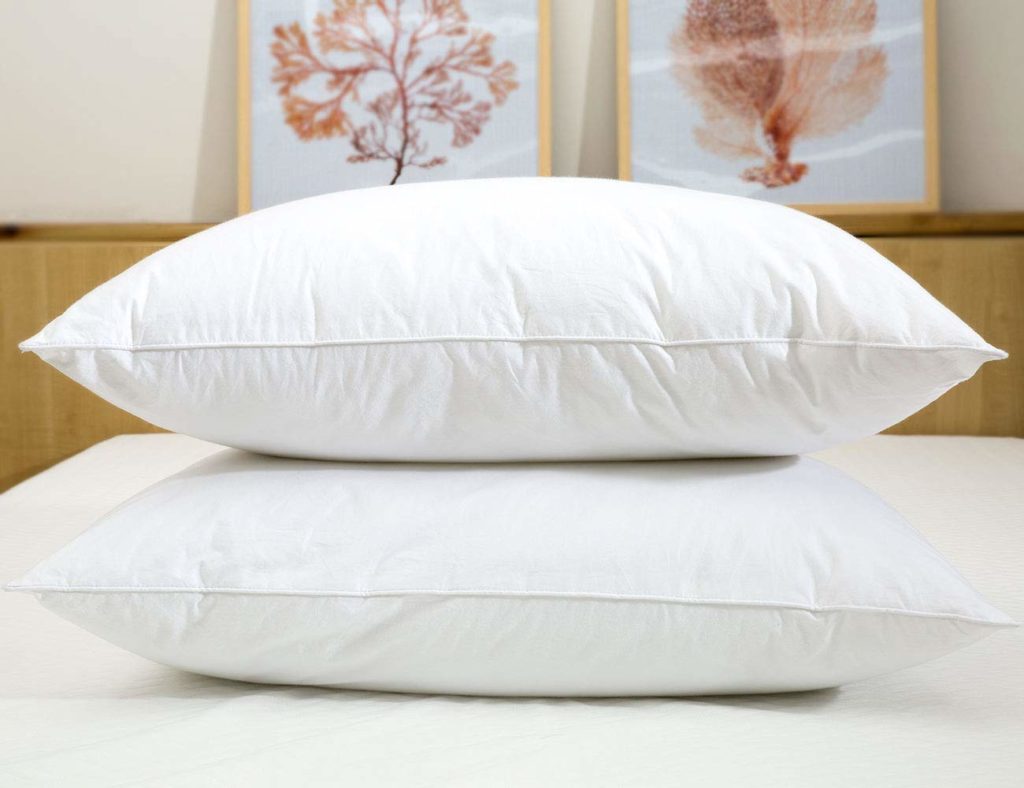 The First Pillows: Made Out of Stone

Around 7,000 years ago in Mesopotamia (current-day Iraq) the pillow was first constructed. Unlike our squishy modern pillows, these ancient relics were made from stone. Yes, cold, hard stone. They were used not for head and neck support, but to protect the head from insects. By raising the head away from the ground at night, fewer creepy crawlies would make their way into the ears, nose, and mouth.

Not everyone had enough resources to afford this insect-protection device. Only the wealthy in Mesopotamia were fortunate enough to have stone pillows, making them somewhat of a status symbol.

For thousands of years around the world, hard pillows were the norm. In ancient Egypt, pillows were made from many types of hard materials, including ivory, marble, stone, wood, and ceramic. Yet, their purpose appears to be a bit different than those of Mesopotamian pillows. With religious carvings, they held a religious purpose for ancient Egyptian people and were often used in tombs.

The ancient Chinese, too, used a variety of hard materials to construct their pillows. By using jade, bronze, bamboo, and more, they believed they could protect human health and cognition. Different materials served different purposes, so your hard pillow would match your needs. Soft pillows, on the other hand, were said to rob you of your energy.

And if you time traveled to Japan, you would find yet another purpose for these hard, ultra-supportive pillows: protecting hairdos. Geishas, Japanese women who would entertain through singing, art, and dance, were known for their well-done makeup, clothing, and hair. Rather than redo their hair each day (let’s be honest ladies, it’s exhausting), they would use a stone pillow to keep their heads off of the floor.

The Advent of the Soft Pillow

If you’re like me and you cannot imagine using a stone pillow, you have the ancient Greeks and Romans to thank. They were the first to start stuffing pillows with a variety of softer materials, such as cotton and straw. There were even down feather pillows, which most closely resemble the pillows that we use today.

While this comfortable advancement lasted for hundreds of years, it briefly took a step back in popularity during the Middle Ages. Soft pillows became viewed as a sign of weakness and King Henry VIII banned them for anyone except pregnant women. There was a gradual loosening of this policy, with soft pillows becoming more widespread by the 16th century.

Yet, pillows weren’t popular in Europe before the 1800’s when the Industrial Revolution brought about technology and cotton pillows were mass produced, making them less expensive. This was a good thing for peasants working long, grueling days in factories, who could use a good night’s sleep with proper neck support and a bit of comfort.

During this time, some pillows were stuffed with down and feathers, so they were much like the ones we are accustomed to today. Their use expanded from the bedroom to the sitting rooms of wealthier people, adorning couches and chairs with decorated pillows as we do today.

The Diversification of the Soft Pillow

Modern day pillows come in a variety of materials. Some are firm, others are soft. Some are made from natural materials, others are synthetic. This diversification of pillow materials began in the 1900’s. After much experimentation, polyester eventually overtook cotton as the textile of choice thanks to its lower manufacturing cost. Polyester filling was popular during the 1950’s, offering a variety of firmness levels and allowing people to choose how soft their pillow was based on personal preference.

Memory foam made its debut in the 1970’s. This material was first created by NASA as a way to improve crash protection and seat comfort in airplanes. Now it’s one of the most popular materials used for pillows and bedding thanks to its ability to contour to any shape.

Today, there are seemingly endless types of pillows. You can choose from a variety of pillow fillings such as gel, down, down alternatives, and more. Your pillowcase can be made from cotton, silk, or synthetic materials. All the while, scientists have been conducting research to determine what types of pillows are best for our posture and health.

All of this diversity stems from initial stone pillows used to protect people from insects thousands of years ago. Now, few of us can imagine sleeping a full night without a pillow. They offer comfort and support, helping us to sleep soundly and wake up without aches and pains.

Find the perfect pillow for your body type and sleep style in our selection of pillow favorites. 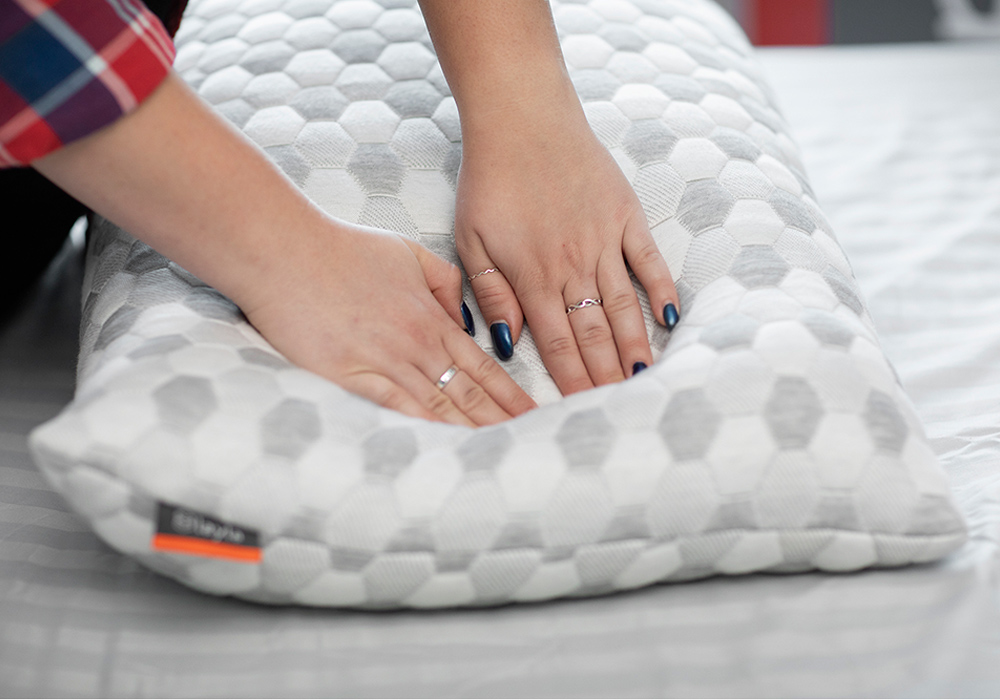 Best Pillows for Side Sleepers

If you’re a side sleeper looking for the best pillow, you have many options to choose from. We’ll help break down what to look for in a side sleeping pillow and share our top picks. 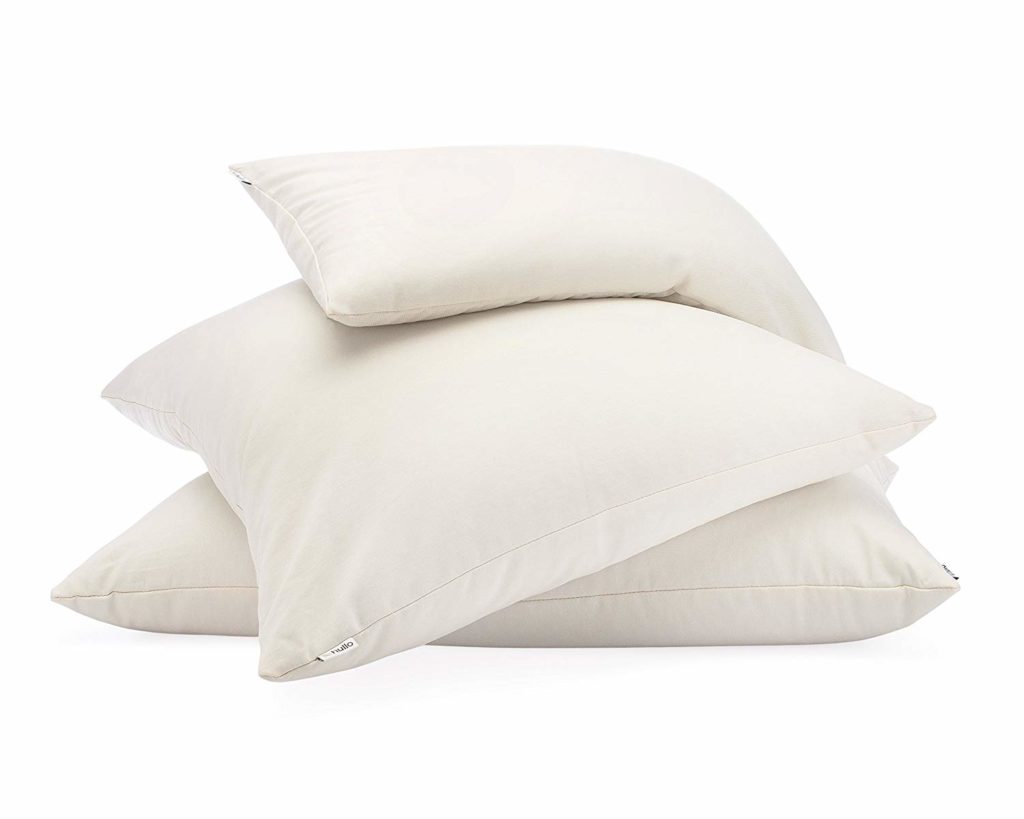