Could This Scandinavian Trick Help You Sleep Better?

The Scandinavian method of sleeping with two duvets is making waves in the US, promising better sleep and less fighting over the covers

"Couples who sleep together have their sleep interrupted 50% more than those who don’t."

When you live with a significant other, you end up sharing most things – meals, chores, sometimes even bank accounts. (Hopefully not toothbrushes, but honestly, sometimes those, too). But one of the hardest things for couples to share? The bed.

You know the drill. You climb into bed, kiss your partner goodnight, maybe cuddle a little – and then all of a sudden, it’s the 74th Annual Hunger Games. You’re kicking each other, she’s stealing all the blankets, his back is weirdly sweaty, and somehow you’re both hogging the bed at the same time.

We know the side effects of poor sleep, and tossing and turning with your partner doesn’t help. In fact, couples who sleep together have their sleep interrupted 50% more than those who don’t. That can lead to more than just rough mornings, including serious health problems (and it can’t be great for your relationship, either). 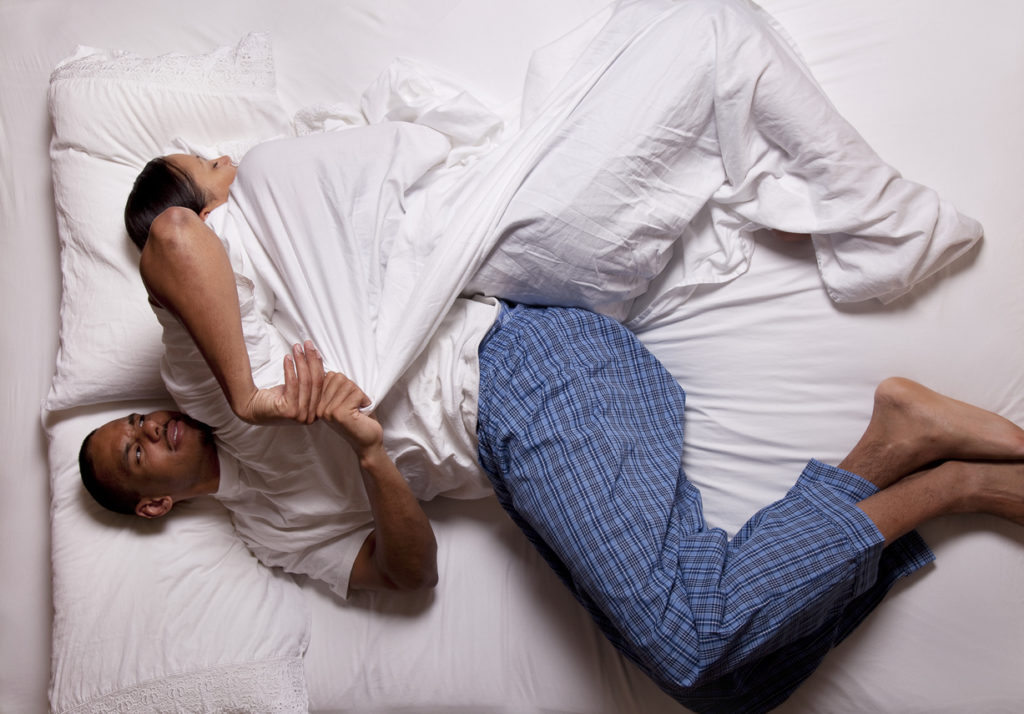 Luckily, our Scandinavian friends have figured out a solution: sleeping with two duvets. That means using two smaller comforters or duvets on your bed in place of one larger king- or queen-size comforter. You and your sleeping partner each get your very own duvet and can sleep however you want.

How does it work? Generally, according to Apartment Therapy, “two twin-sized duvets are folded in half or thirds, and laid side-by-side on the bed. There is never a flat (also known as top) sheet. Sometimes a coverlet is draped across the duvets to tidy the look.” 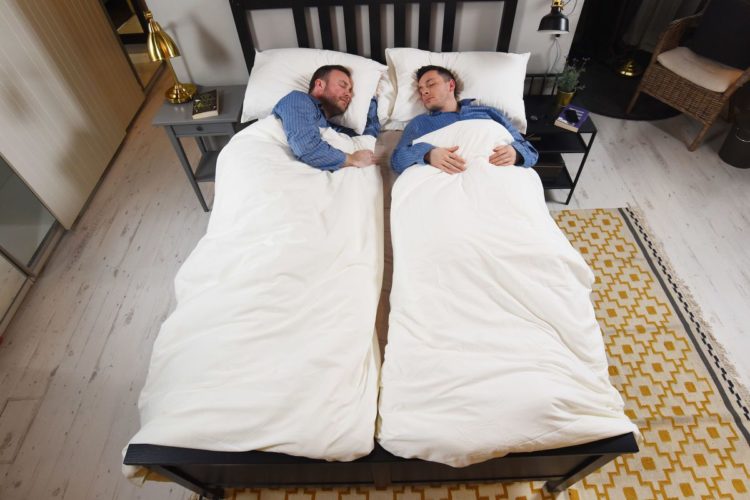 This practice has been prevalent in Scandinavian countries like Sweden, Denmark, Finland and Norway for ages – it’s even common at hotels. And it’s about more than just preventing marital spats. Nordic culture is all about individual freedom and equal access to happiness and success – and that includes equal access to a good night’s sleep.

The two-duvet custom also ties into another one of America’s favorite Scandinavian imports: the Danish concept of hygge. Hygge is all about coziness and comfort – and what’s cozier than upgrading to your own duvet to make sure your feet won’t ever get cold?

Why sleep with separate duvets?

Sleeping with separate duvets might sound a little strange. After all, we’re used to significant others sharing beds and blankets. But, spoiler alert: more comfort, better sleep and less fighting under the covers will help you feel more rested and probably even improve your relationship (we’re no experts in that department, but just a guess).

Sarah Crow writes in GQ that the Icelandic hotel she and her husband stayed at on their honeymoon included two duvets and a note from the concierge that read: “A bit of space and a lot of sleep are the best gifts you can give each other.” It’s not bad advice.

So, what are the benefits of doubling up on duvets?

Separate duvets means no fighting over who has more covers, and no waking up shivering when your partner rolls over, taking all the blankets with them. (And if you’re the partner that hogs the covers, you may find that you get woken up by fewer elbows to the ribs in the middle of the night).

When you get your own duvet, you can choose the material and weight you want for your side. That means if you turn into a furnace at night, you can get a lighter, cooling comforter. Or if you run cold, you can opt for the giant down comforter you’ve always wanted. (Maybe just make sure the prints match).

With two duvets, you also get to choose how you sleep. Like to sleep with your legs and arms out from under the covers? What about wrapped up like a mummy, with only your face showing? Dual comforters make it easier to find your perfect sleep formation (without disrupting your partner).

Ready to head out to the store and pick up two new duvets like, right this second? IKEA made it easier for some lucky shoppers – they bundled two of their popular comforters together just for this purpose. The TOG-ether Bundle combines two single duvets with different TOG ratings (that measures a comforter’s warmth) of 7.5 and 12 (12 is on the warmer side, while 7.5 is great for those who tend to run hot at night already).

Unfortunately, IKEA’s TOG-ether Bundle is only available in the U.K. for a short period of time – so if you want to get in on this sleep hack, you and your partner will have to head to the store and pick out your individual duvets…at least for now.

In the meantime, you can take a look at our favorite mattresses for couples. Especially those who can’t compromise. But hey, when it comes to sleep, no one should have to!

Would you try sleeping with two comforters (or are you already)? Let us know in the comments!