Trouble Waking Up? Don’t Let Sleep Inertia Get You Down

Sleep inertia occurs when part of your brain remains in a state of sleep even after you’ve woken up, resulting in fatigue, memory troubles, and cognitive impairment

Have you ever woken up in a fog, struggling to get out of bed and get started with your day? You might feel a bit sluggish, as if you are hungover with sleep. This feeling is known as sleep inertia, and it can be detrimental to your quality of life, and in some cases, dangerous.

While 10-15-minute periods of sleep inertia aren’t so bad, extended grogginess can pose a hazard for shift workers and early-morning drivers. In this guide, we’ll help you understand what sleep inertia is, why it happens, and what you can do to avoid it. 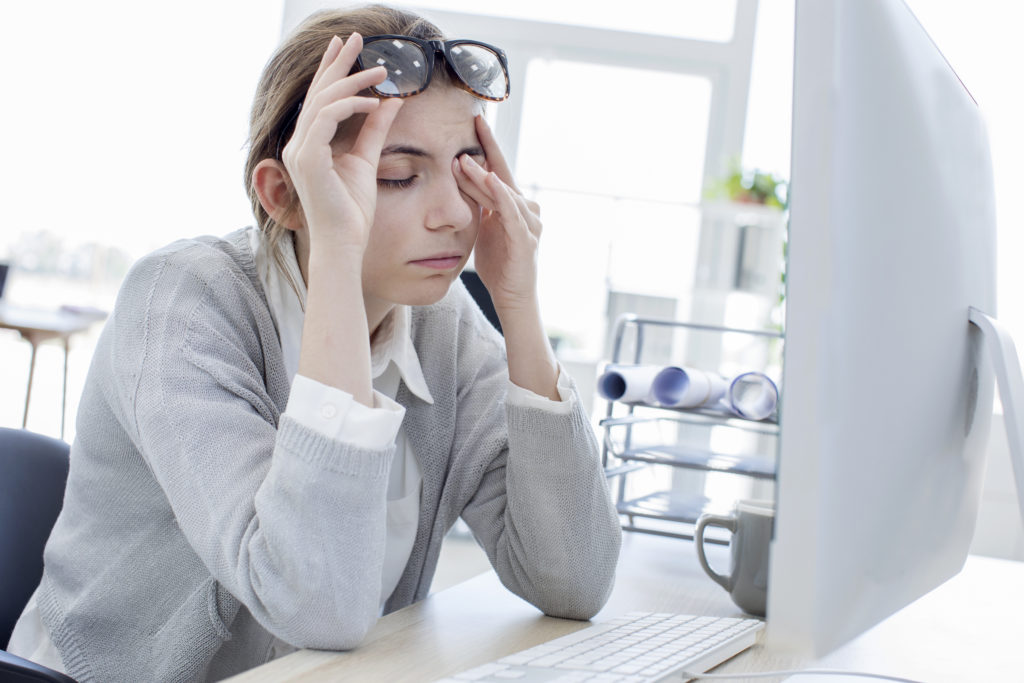 What Is Sleep Inertia? (Symptoms)

Sleep inertia is what happens when your mind isn’t capable of properly transitioning from a sleep state to an alert state.

Symptoms of sleep inertia include:

Normally, sleep inertia will only last around 30 minutes, but under certain circumstances, its effects can last up to four hours.

Sleep inertia is primarily due to one factor: waking up during the wrong sleep stage. When we go to sleep, our brains cycle through four phases of sleep:

Being woken up during stage 3 results in the most intense sleep inertia, with moderate sleep inertia caused by waking during REM sleep. The exact causes of sleep inertia are still under investigation, although some of its effects are likely thanks to body temperature and blood flow to the brain.

When you’re woken up during deep sleep your core body temperature is at its lowest. This may result in a delay before cerebral blood flow increases to waking levels, with a resulting impairment to cognitive function.

Traditional Alarms Can Cause Sleep Inertia

Sleep inertia is very common thanks to the use of traditional alarm clocks. Every night when you go to sleep, your body cycles through the four stages of sleep. The ideal time to wake up is in between these stages, rather than in the middle of them.

When you leave your body to wake up whenever it feels natural, it will nearly always occur at such a time as to minimize sleep inertia. Unfortunately, an alarm clock doesn’t take these natural cycles into account. Rather than waking up when your brain is ready, you will often be woken up right in the middle of deep, slow-wave sleep.

Other Factors That Contribute to Sleep Inertia

The severity of sleep inertia is dependent upon more than sleep stages. For instance, according to a study published in the Journal of the American, sleep inertia is most likely to happen when you’re woken up between three and six hours of sleep.

There are two strategies to cope with sleep inertia: avoiding it or treating it. In an ideal world, you would try to avoid sleep inertia altogether and only treat it when extenuating circumstances require you to do so.

How to Avoid Sleep Inertia

In order to avoid sleep inertia, the best thing to do is to go to bed and wake up at roughly the same time every day. This allows your circadian rhythm, which is your internal biological clock, to function on a regular schedule. If your wakeup time is somewhat flexible, allow your mind to wake you up naturally, rather than relying on an alarm.

If you must wake up by a certain time, try using an alarm clock that uses light rather than sound to wake you up. These alarm clocks will begin to simulate daylight half an hour before your wake-up time, gradually brightening the room over the next thirty minutes.

Researchers have found that light exposure can impact hormone release, including melatonin, the sleep hormone, leading to reduced stress and enhanced feelings of well-being and alertness.

How to Treat Sleep Inertia

When you roll out of bed and realize that your prefrontal cortex is still slumbering the day away, there are countermeasures that you have to combat it:

When you wake up at the wrong part of your sleep cycle you can experience deficits in cognition and energy levels known as sleep inertia. In order to combat this morning sluggishness, try normalizing your sleep schedule, waking up with light rather than sound, and using caffeine, light, and cold temperature exposure when you wake up feeling extra sleepy. 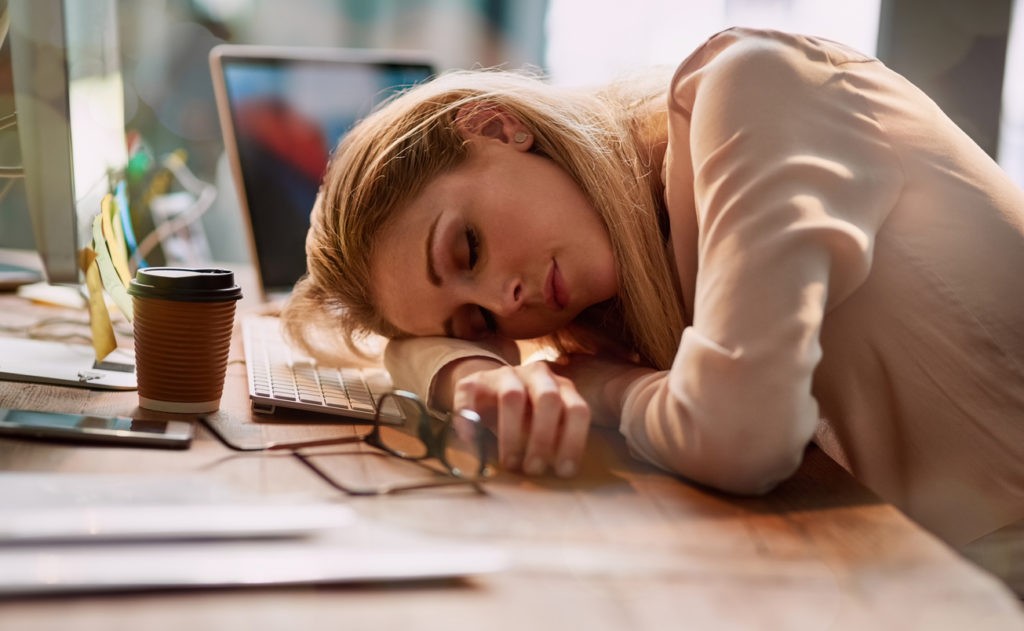 Microsleep is a term used to describe when you fall asleep for a split second. Learn why microsleep happens and what you can do to prevent it. 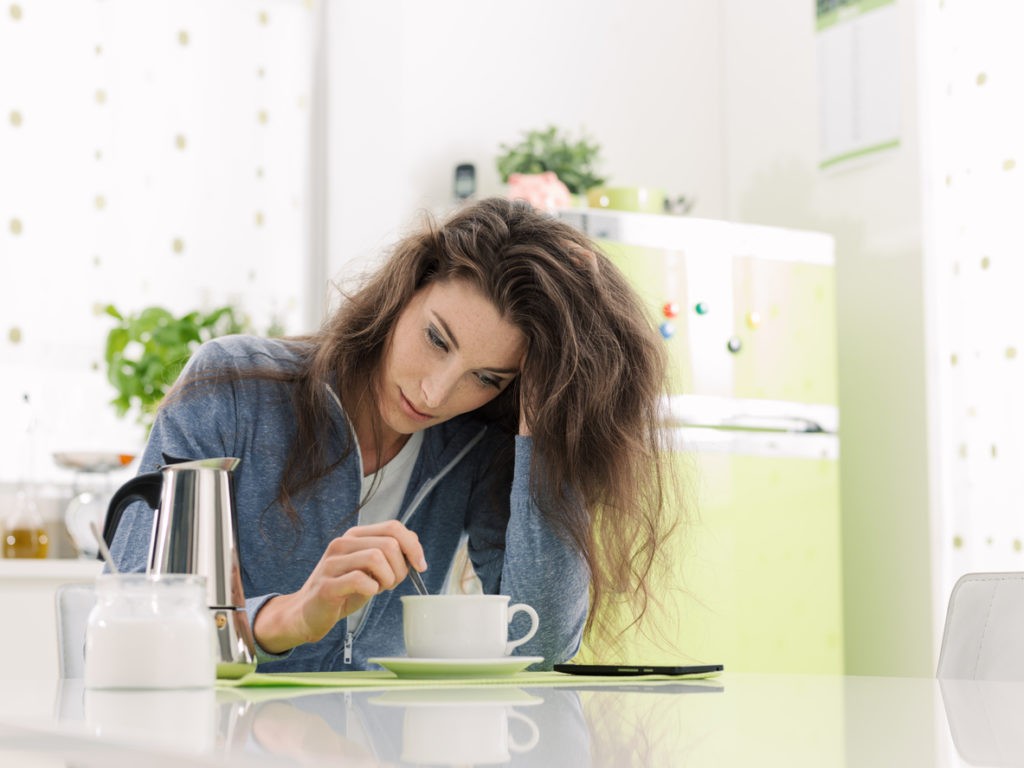 If you suffer from hypersomnia, there are things that you can do to feel better. Use this guide to help reduce excessive daytime sleepiness. 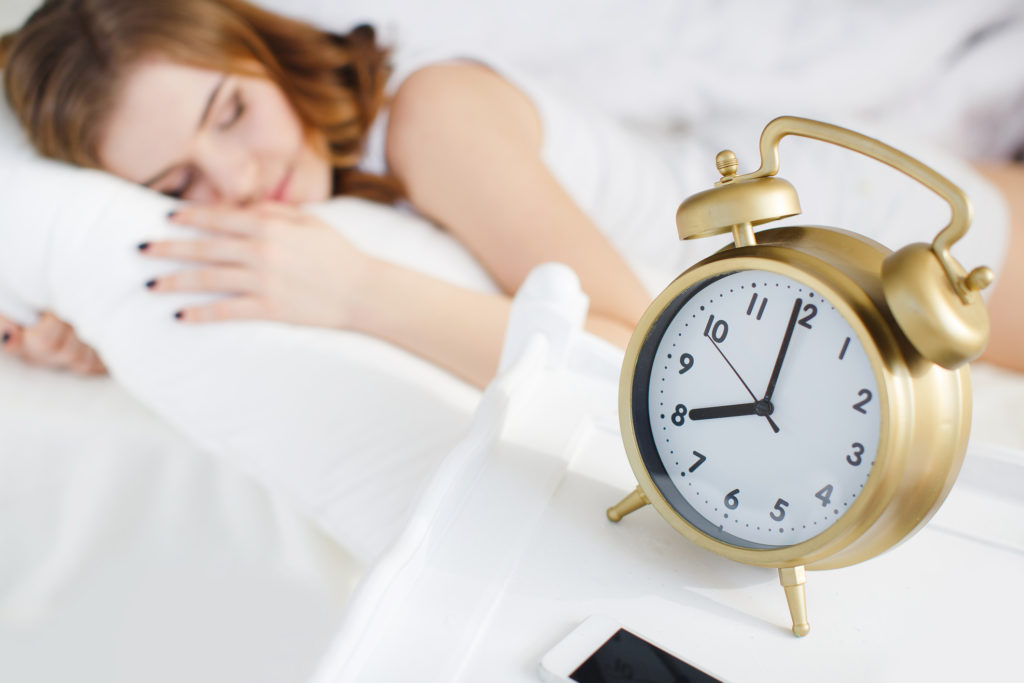 Learn how much sleep you need to get the proper rest. How much is enough (or too much) and why should you care?