How keeping money under the mattress became a thing

Pop culture is a weird thing. Sometimes we question certain trends or behaviors, and other times we don’t think twice – assuming there’s a logical reason behind the phenomenon.

Today we’re exploring one of the great American zeitgeists: Why is hiding money in a mattress so commonly referenced?

You’ve seen it in movies, in cartoons, maybe you’ve even seen your grandparents do it IRL. But it begs some questions:

Answers (or at least educated guesses) on all of this below.

Money in the mattress 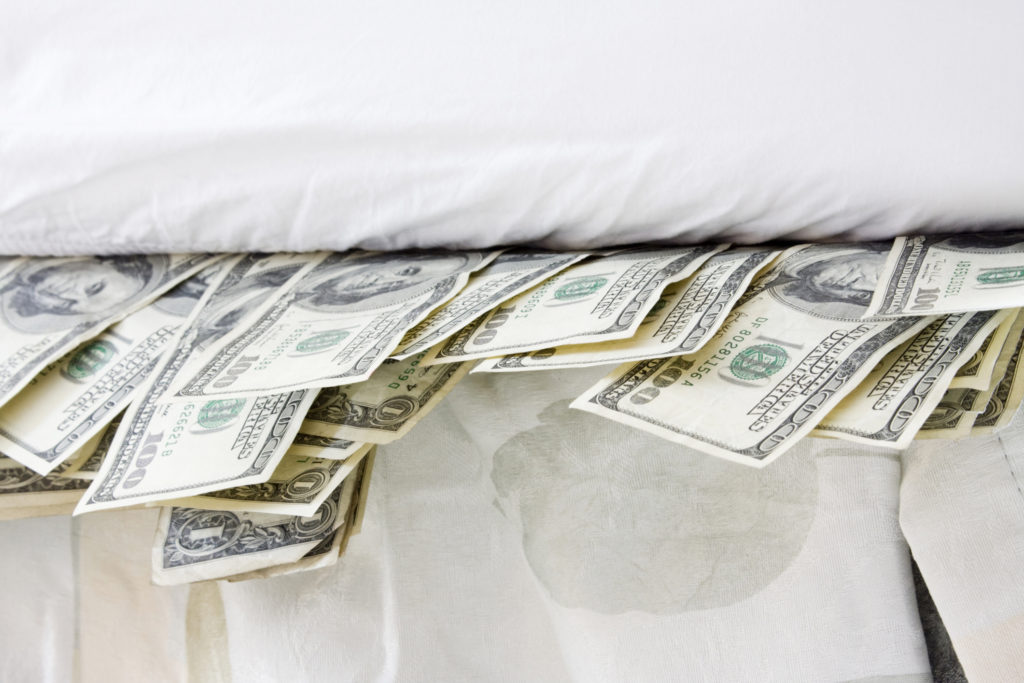 Unless you’ve been living in a kidnapper’s basement (and somehow reading this?),  you’ve probably heard or seen references to people hoarding large sums of money under their mattress.

Well, where did this start?

We don’t really know. Historical references explaining exactly how the bed became the de-facto place for the distrustful or criminal to hide their cold, hard cash is pretty limited. It kind of seems like people don’t care.

Let’s establish a hypothesis. I believe that hiding money under the mattress is prevalent in pop culture due to Great Depression-era bank runs creating a need for cash storage in the home. The widespread poverty during the 1930s meant that safes were no longer affordable for the penniless majority and, as a result, literally sleeping on top of your savings became one of the safest bets in lieu of something with a lock.

The widespread poverty during the 1930s meant that safes were no longer affordable for the penniless majority and, as a result, literally sleeping on top of your savings became one of the safest bets. 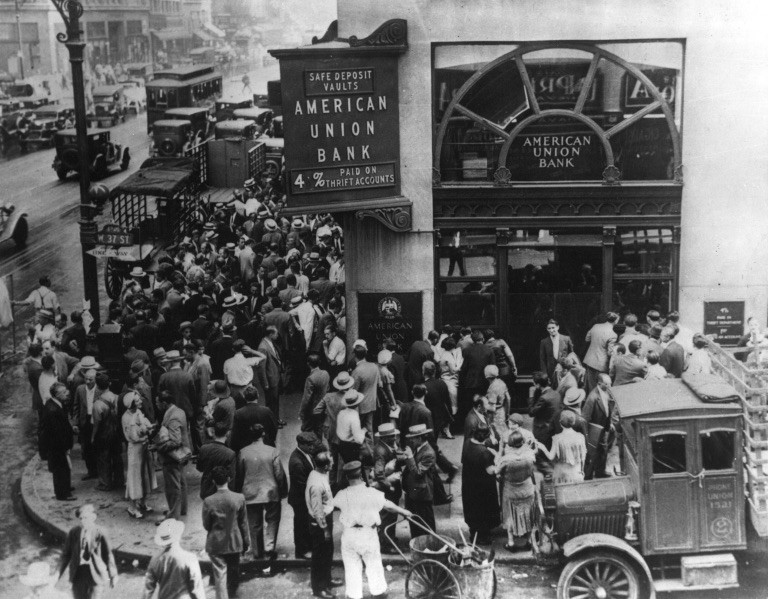 The Great Depression brought along with it a deep distrust of financial institutions across the globe. Following the stock market crash of 1929, Americans found themselves afraid of what those who held their money might do with it. Instead of leaving their financial futures to the bankers, some engaged in what became known as a bank run.

The term refers to what customers would do when they feared that a bank or financial institution may not have enough cash to pay back their deposits. They rushed to a branch to withdraw all of their funds before they could be lost. The problem is that banks usually kept very little in actual cash on-location at the time.

While these bank runs typically started off as a result of baseless panic, the droves of customers demanding their cash could force the bank to sell off assets at below-market prices. This resulted in the banks closing and leaving the customers still invested in the bank SOL.

Stories of those shafted by banks, their savings gone, further contributed to panic and more mass-withdrawals of funds. In fact, the famous line, “The only thing we have to fear is fear itself,” is a direct reference to the very real dangers of a mass panic during the times. It was a giant positive-feedback cycle, a self-fulfilling prophecy, that left many destitute and penniless.

In the end, a number of Americans felt safer with their cash in their own possession, regardless of whether that was a proper decision to make.

In addition to the truly awful hot dog-based recipes born of the era, the Great Depression brought with it startling decreases in wages and purchasing power. As financial stability plummeted, attendance for breadlines, soup kitchens, and funerals for suicide victims rose.

When all one has left is ten dollars, it doesn’t make sense to pay six for something like a safe. Therefore, it was likely necessary to find a place to store funds that required no expenditure, something that many, if not all, had in their homes.

Therefore, it was likely necessary to find a place to store funds that required no expenditure, something that many, if not all, had in their homes.

A brief history of the mattress safe

So, you have a few dollars you need to keep in the homestead. You can’t afford a safe. You may not have any handy-dandy false walls or floors. Where do you put the cash? A mattress.

Innerspring mattresses and box springs appear to have been the defining sleep furniture at the time. Sure, there were other places to hide cash, but stuffing it into a box spring was an attractive idea. It’s fairly difficult to break into a house in the middle of the night and search a mattress for cash when there’s a family of four on top of it.

Putting it All together

Americans trusted themselves to take better care of their cash than financial institutions. Adequate measures for protecting cash at home were prohibitively expensive. Innerspring mattresses and box springs were available and widely adopted.

We have the motive, the means, and the opportunity. Boom.

But while hiding money under the bed has become one of the most popular ways to conceal your coin, it’s far from the only one. 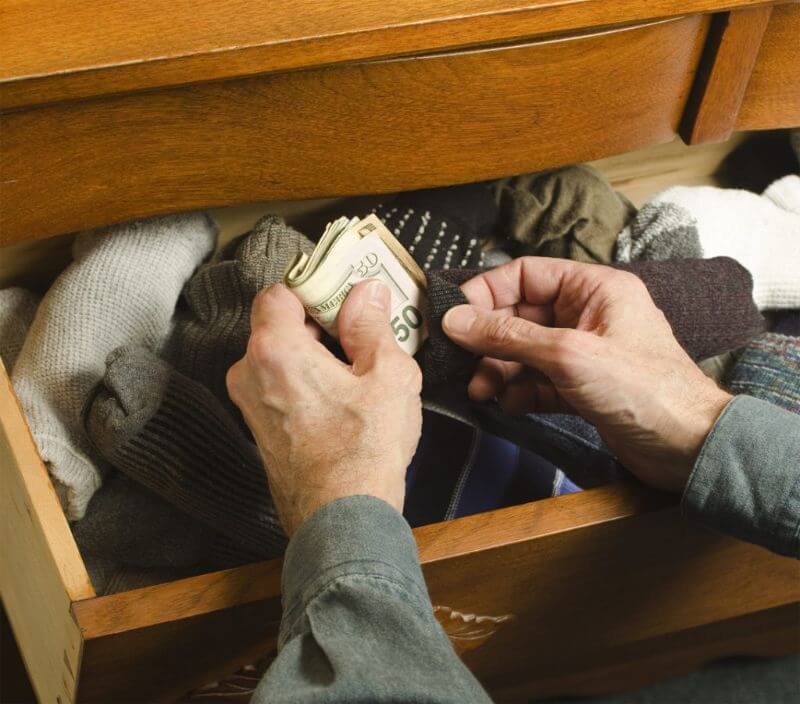 Time is a flat circle

Did you notice something here? Some of these hiding places are still being used. Last year officials found $20 million dollars in a bed frame as a part of a money laundering scheme. Ridiculous, but people are still doing it.

Despite most personal bank accounts being insured for up to a quarter of a million dollars nowadays, economic anxiety has driven the more cautious (or paranoid) among us to revive Depression-era money stashes.

After the recession of the late 2000’s in America, safe installations rose sharply, the folks who witnessed the Depression resorted to the same tactics now as they did then, and a startling number of Americans began pulling their money from banks to hide it at home.

Shockingly, 30% of Americans have some form of financial savings kept in their home. Which, almost objectively, is a really bad idea. Bank runs, which again are almost objectively a terrible idea, have recently become a thing again.

As my hero and favorite fictional character of all time, Rust Cohle (portrayed by the inimitable Matthew McConaughey) once said, “Time is a flat circle.” What was once before will be again, and despite how dangerous keeping your savings at home is, economic anxiety has a strange effect on folks.

30% of Americans have some form of financial savings kept in their home.

Just don’t hide your money in your mattress

Sure, if the lizard people/cloud people/Pleiadians decide to take the earth and a credit economy is no longer relevant, it might be good to have some cash on hand. However, since that’s frighteningly silly, try to keep your at-home cash savings at a minimum.

In short, don’t hide your money under the mattress. Or anywhere else in the house for that matter. Keeping a few bucks on hand can be justified, but your home doesn’t have the same security as a bank vault. Period

But if you are going to keep hiding your money under your mattress, at least make sure it’s a good one. Head over to our best mattress for the money page for some recommendations. 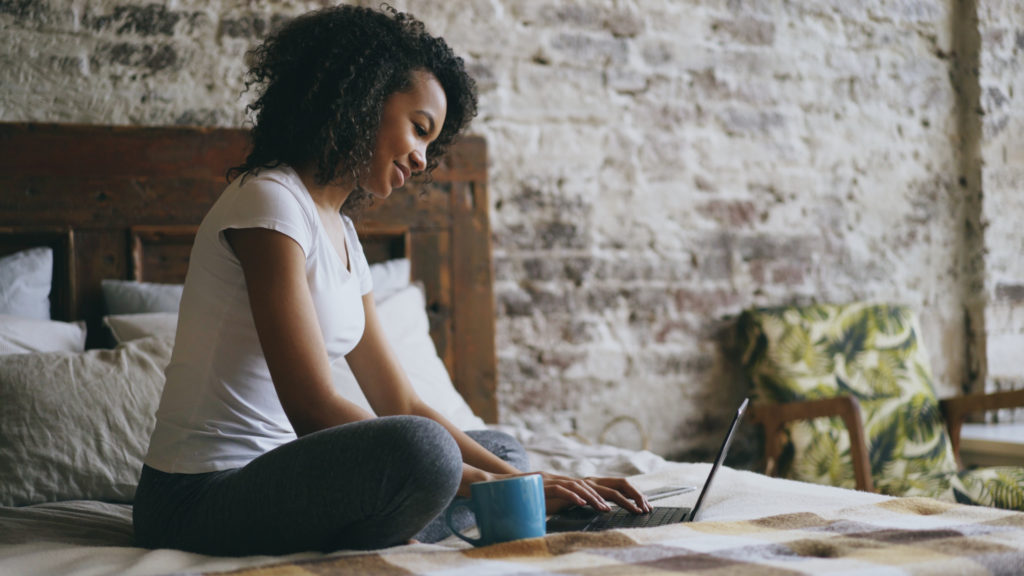 Best Cheap Mattress for Your Budget

Find the perfect affordable and inexpensive mattress for your budget using this comprehensive guide. Shop mattresses all affordably priced around $700.

Shopping for an affordable mattress under $1,000? Check out our top-rated picks, reviews, and shopping tips for getting a great value mattress. 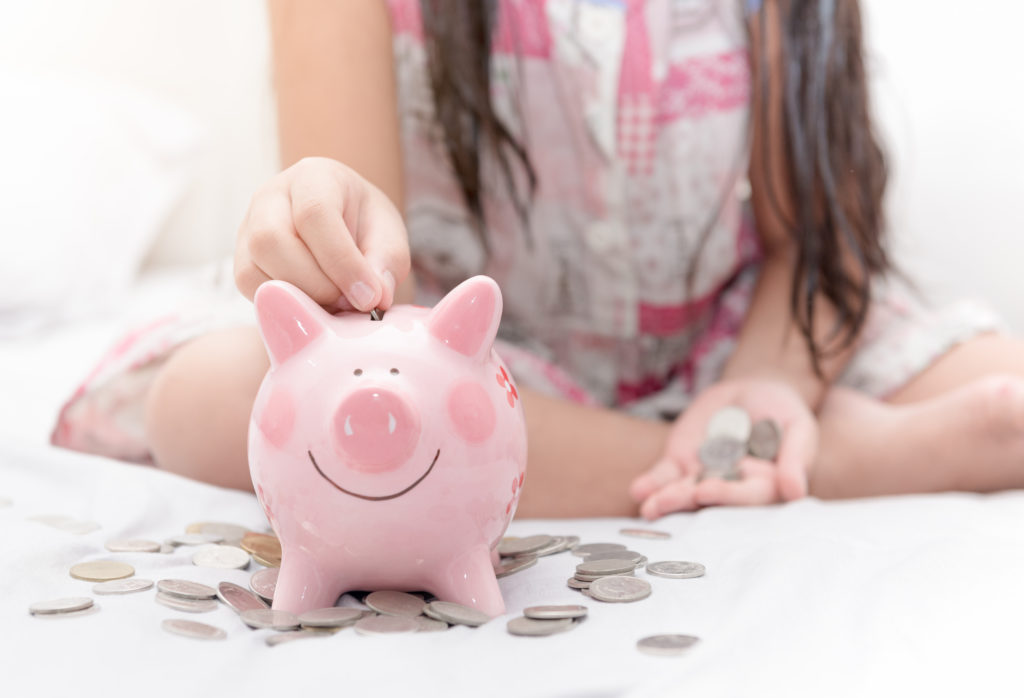 Looking for an affordable mattress that's still comfortable? Check out our top-rated picks for the best mattress under $500.