Why and How Women and Men Sleep Differently

Do you ever feel like your partner’s sleep requirements are dramatically different from yours? Maybe you wake up early and they can’t seem to pull themselves out of bed. Or you might each sleep only 6 hours, but one of you does fine with a little intermittent sleep deprivation.

If you’re in a heterosexual relationship, your differences might be more typical than you’d think. Researchers have found that men and women have different sleeping needs, trends, and difficulties. In this article, we will share everything you need to know regarding how women and men sleep differently.

The Ways that Women and Men Sleep Differently

There seem to be more differences than similarities between the sleep needs of women and men. From nightly sleep requirements and circadian rhythms to sleep disorders and how we react to a lack of sleep, there is a multitude of sleep distinctions between the sexes.

1. Women Are More Likely to Suffer from Insomnia

Insomnia, one of the most common sleep problems where it’s difficult to fall asleep, stay asleep, or get back to sleep after waking, is two-to-three times more common in women than men.

Not only is insomnia more common in women than men, but when the severity of symptoms is measured, women are more severely impacted by their symptoms than their male counterparts. They are more likely to report excessive daytime fatigue and other insomnia-related symptoms.

So, why is there this difference? Much of it may be due to periods in a woman’s life like menopause, pregnancy, and menstruation. Additionally, women are more prone to depression, anxiety, and pain symptoms that may cause sleep difficulties.

There are some sleep conditions that are more prevalent in men than women, most notably sleep apnea. Sleep apnea can make deep, restful sleep particularly challenging without proper treatment.

3. Women and Men Are Impacted Differently by Sleep Deprivation

When women don’t get enough sleep, they are more likely to experience negative mental emotions like a depressed mood, anger, or a short temper, than their male counterparts. Additionally, research suggests that women who experience long-term sleep deprivation have a more greatly increased risk of chronic diseases like heart disease and type-2 diabetes than sleep-deprived men.

On the other hand, men who don’t get enough shut-eye are more likely to experience performance deficits at work or in school, and they have a harder time recovering from sleep deprivation than do women.

4. Men Cannot “Catch Up” on Sleep as Well as Women Can

In a study where men and women both slept only six hours per night for six nights in a row, it was found that women benefited more from two days of extended sleep following sleep deprivation. Their performance was more greatly enhanced than that of the male participants, suggesting that women can recover more quickly from sleep deprivation through sleeping in the following day.

It is important to note, however, that neither group fully recovered from their sleep deprivation in just two days.

Sleep studies have elucidated an interesting difference between the sleep cycle of men and women: women spend more time in restorative, slow-wave sleep known as deep sleep. It’s during this slow-wave sleep that we consolidate our memories, which may explain why sleep-deprived men are more likely to experience memory deficits than sleep-deprived women.

Sleep latency, or the time that it takes to fall asleep, tends to be longer in women than in men. This can be a problem for wives of snoring husbands, as it can be a race to the clock to fall asleep before snoring keeps you awake. In fact, in a study comparing women and men with sleep disorders, it was found that women were more likely than men to be affected by their partner’s snoring habits, requiring them to sleep in different rooms.

Sleeping Together in Harmony

Despite how men and women sleep differently, many couples around the world enjoy restful sleep with their spouses. It’s important for couples to work together to ensure that both parties are getting the quantity and quality of sleep that they need.

This is particularly true for couples whose work schedules don’t line up or those where one or two of the people experience sleep disorders. Understanding the differences between how women and men sleep can help couples troubleshoot any areas of concern and work towards a restful night’s sleep.

If you and your spouse feel like your differences are creating tension, you may want to speak with a sleep specialist. He or she can help you put together a sleep regimen to support optimal sleep for both of you. 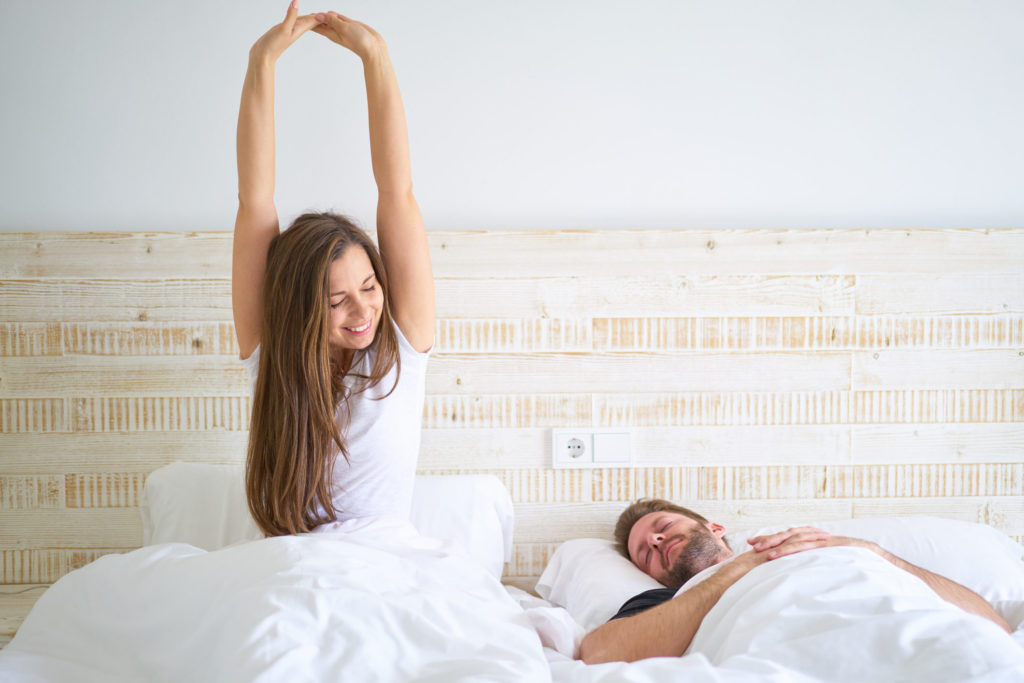 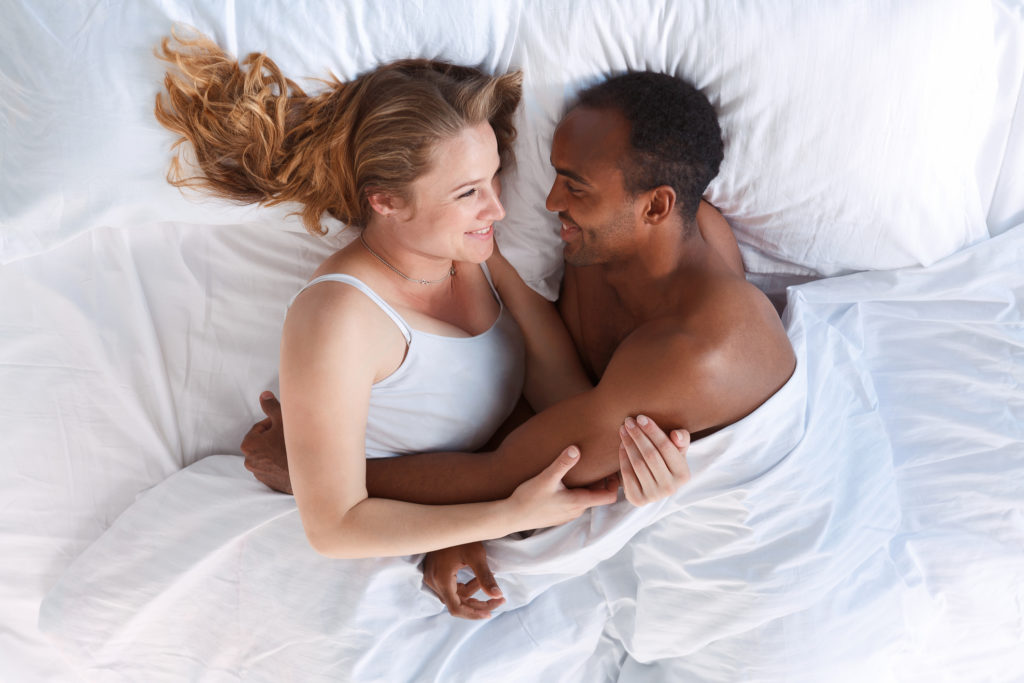 See our top picks for the best mattresses for couples and learn what makes a good mattress for couples, especially if you have different sleep styles or preferences.